Volver a Landscaping and Green Spaces

The Madrid City Council and Valdebebas Compensation Board, in collaboration with the Madrid School of Architects and the Spanish Association of Landscape Architects, announced in 2009 a International Competition of Ideas to create a new park in the space between the urban development and Wooded Park. The aim of the competition was to provide the urban development with a large green space of approximately 80 hectares for use by its future residents, and to create a leading leisure and nature area for the city in general. A winning project has already been announced: the “Sol y Sombra” (Sun and Shade) proposal, from the multidisciplinary Spanish-Portuguese team of architects: Ferreira Nunes, Infantes and Figueras. The proposal, which is currently in the project execution phase, provides an extensive programme of itineraries and spaces for meeting and activities, acting as a transitional area between the large Wooded Park and urban development. 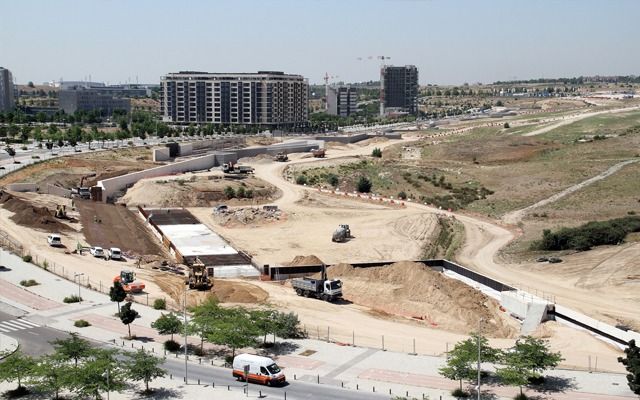