Volver a Landscaping and Green Spaces

Plants in Valdebebas renew Madrid’s urban garden image with a contemporary design and greater variety of species. One of the most notable aspects has been the selection of undemanding species in cities that require little watering such as irises. Novel species have been introduced such as Bermuda grass for grassland and adapted shrubs such as knifofia, with spectacular flowering.

For the selection of plant species, such as ornamental grasses, adaptation to the specific characteristics of drip irrigation with reclaimed water has also been taken into account. 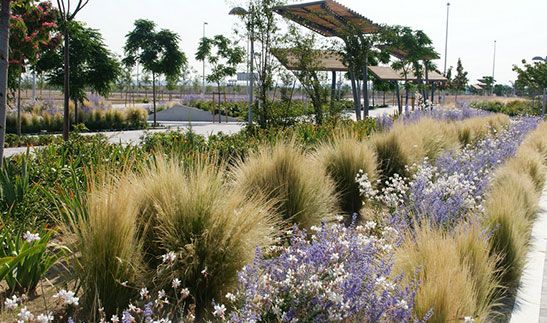